My good friend Andrew McGrail used to organize photos into the galleries for me. He had been very generous about this, but it is an arrangement that I cannot continue to rely on. One day I will do something to take this burden off his shoulders. In the meantime, he was sometimes too bloody slow, and some site visitors complained during the construction, that the website didn't have any up-to-date stuff. This page is a place where photos could be put as soon as I had them. Maybe they will find their way to proper galleries in time: maybe they won't. let's see how it works out. 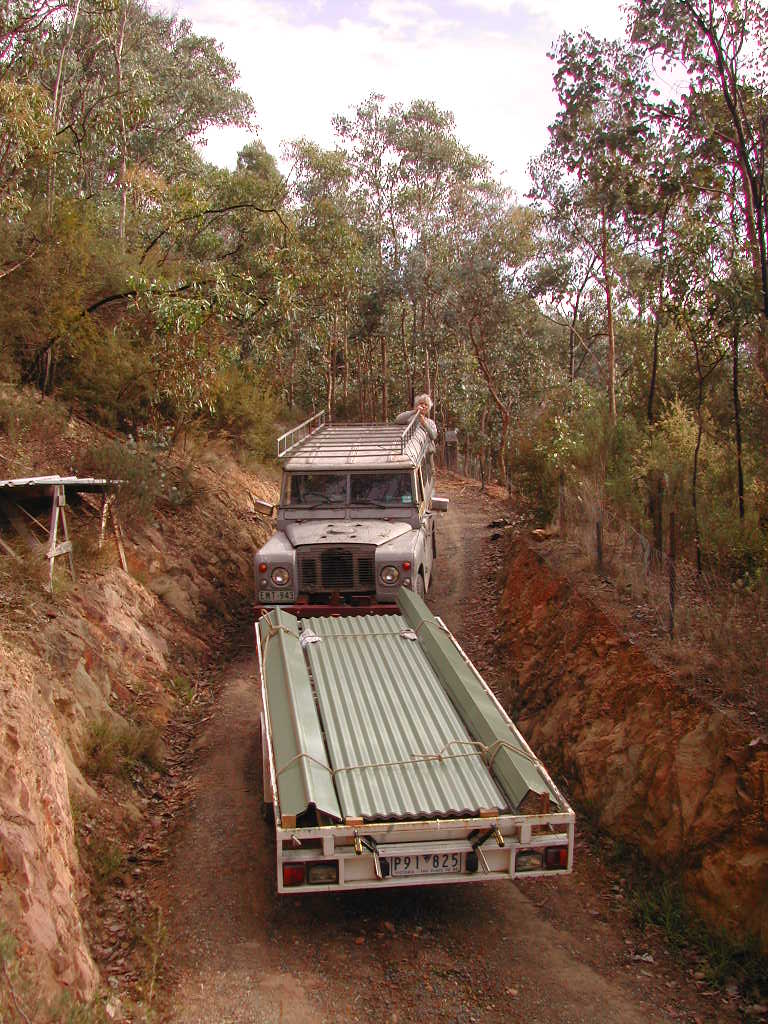 Saturday 04-06-2005. As with many previous loads of material that had been delivered by truck, the corrugated iron was dumped on the nature strip. John Robin and Mirae helped us load the jinker. Photo by Mirae. The use of the jinker on the incline still brings me a strong sense of pleasure, as a difficult problem has been solved well.

Here are some photos taken on a digital camera by my young mate Nick Bourne. Nick is an Englishman who was in Oz on a working holiday. He was a house mate of my son Chris's. Nick is back in Pomme land now, and kindly sent some .jpgs 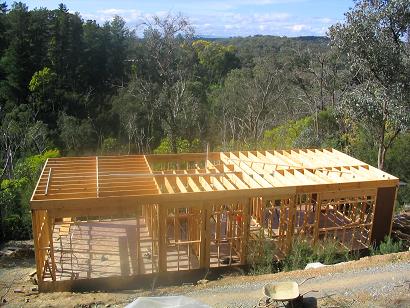 Here is the structure for the first floor just before the floor went on.

Notice the string line in the next three photos. The ridge was straight! 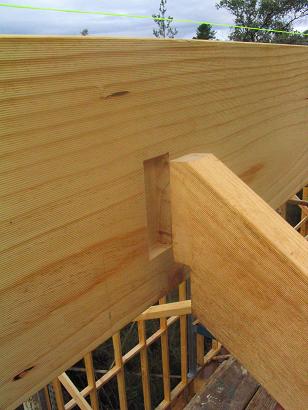 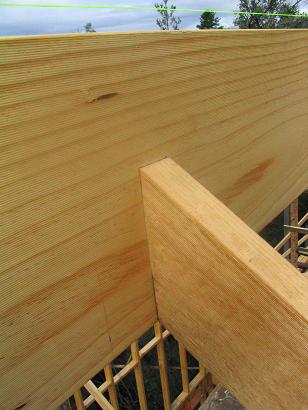 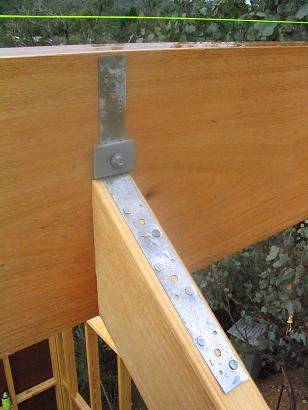 This detail with the hoop iron and the steel holding plate was my idea.
The plan is that this will hold the rafter in the joint 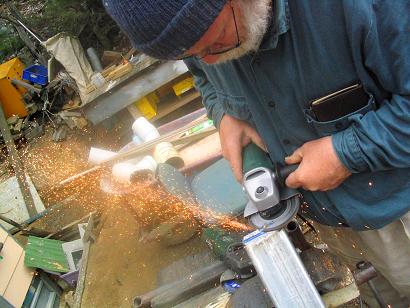 Preparation of the end of the steel newell post

This is more of a Nick Bourne Art-shot than an informative illustration of the process. 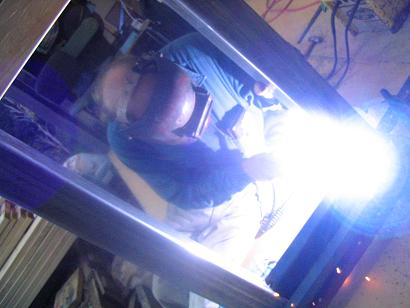