In 1965, when I was in Matric (we used to call it 6th form then: both designations that have been replaced) I gave a talk to the physics class on how a radio receiver works. The Physics teacher gave me a very old CRO tube as payment. It has been lovely to have all these years, but I have nowhere to display it, and I have to reduce my stuff.

This post is a call to readers for help in finding a good home for it. Quite apart from historical interest, this tube is made in a way that makes all the inner workings clear. Much more so than with what we would have called a “modern one” before oscilloscopes went over to liquid crystal display. It is what we would have called a “five inch” screen, and the tube is about 410 mm long.

This is what it looks like. The terminals for the deflection plates are brought straight out through the tube wall and have caps the size of the anode caps on an 807. 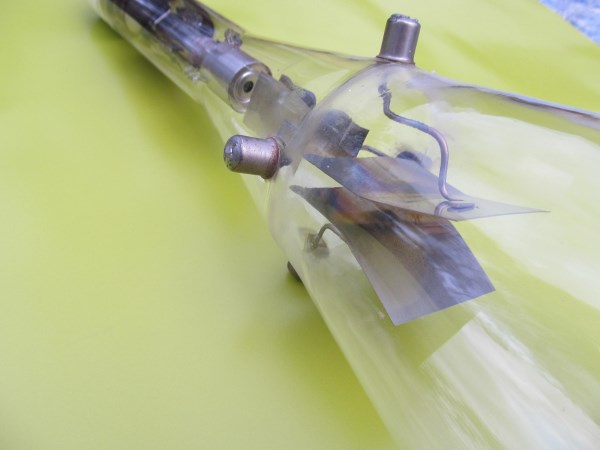 The operation of the deflection plates is easily explained when the form of them is a clear as this! 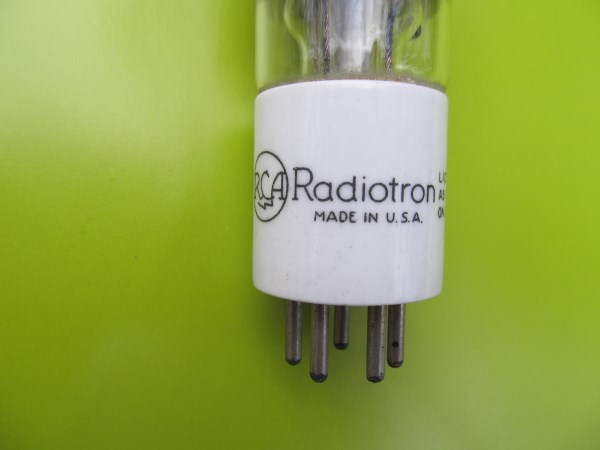 Not as if it is from an obscure manufacturer! The only designation on it is hand written.

I have conducted various searches for the identity of this tube but to no good effect. When it was presented to me, the tube had been wired up by another student in a circuit spread out on a sheet of plywood. It did work then.

Anyone got a good idea of where I could find a good home for this?